Kids Murdered In Custody of CPS/DHS

These could very easily be YOUR children!

“Hundreds of children die every year in the custody of Child Protective Services.  That’s not something the general public is aware of. But that lack of awareness will hopefully end this winter when the full length documentary, Innocence Destroyed, is released.
Innocence Destroyed is not being produced by a half-witted conspiracy theorist but by former firefighter and federal law enforcement officer, Bill Bowen. Bowen, as you can see in the shorter version of the film he has posted on YouTube and which I have embedded below, is intelligent and articulate and just the sort of man needed to produce such a documentary. When you listen to Bowen, you instinctively know that here is a man you can trust–here is a man who tells the truth…” 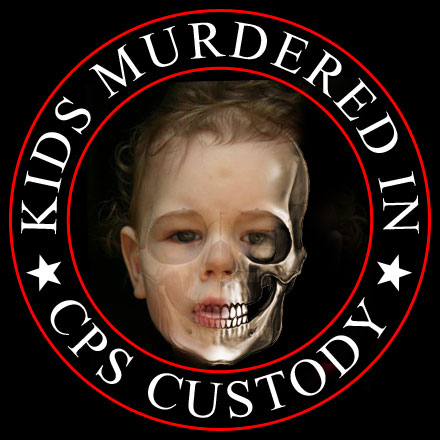 10 responses to “Kids Murdered In Custody of CPS/DHS”